Dear Penny: Can I Kick My Husband Out if I’m Not on the Mortgage?

Dear Penny: Can I Kick My Husband Out if I’m Not on the Mortgage? 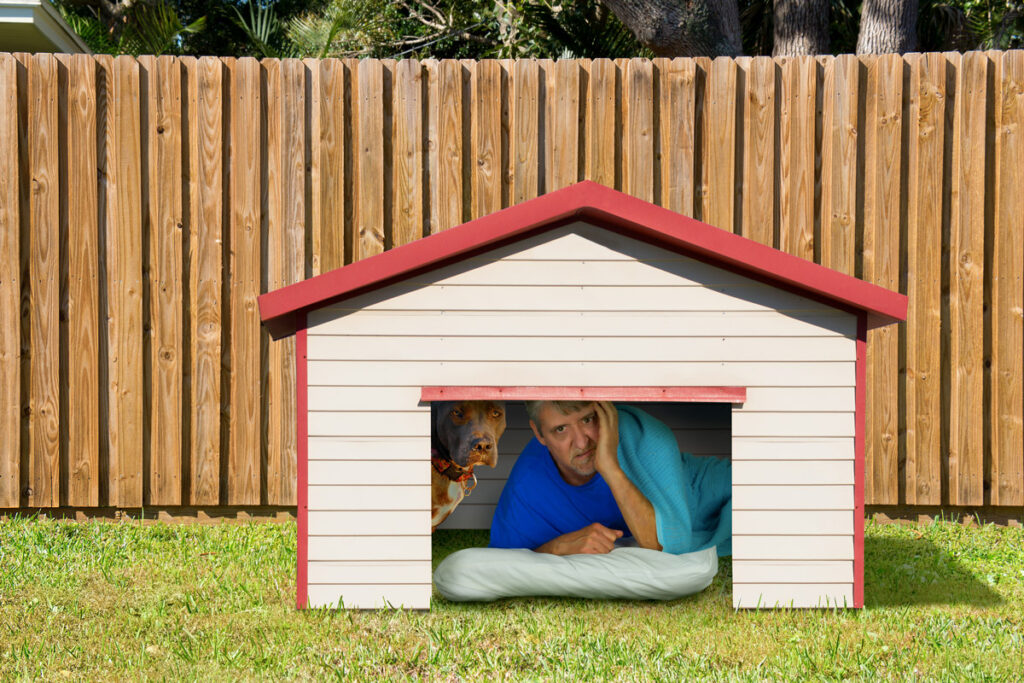 My husband and I have been married for almost seven years. Two and a half years ago we bought a house. My credit is horrible so it had to be financed by him alone, but I pay the mortgage every month.

We live in New York. Can I make him leave if things don’t work out? We are having some major issues.

I can’t predict who would get what if you divorced. An advice columnist is no substitute for an attorney. So if you’re seriously considering divorce, you need to talk to an attorney who’s licensed in New York.

It’s not clear to me whether you’re on the deed of the home, or if both the deed and mortgage are in your husband’s name only. Obviously, if you’re listed as a co-owner, that bolsters your case. But even if your husband is the only one listed on the deed, you’d probably get something for this house. That doesn’t necessarily mean you’d get to stay, but at least you wouldn’t walk away with 0% equity.

Had your husband acquired the home before you married, a court would likely consider it separate property, which means he’d get to keep it in divorce. The same goes for if he bought it while you were married using money from a gift or an inheritance. Otherwise, a home purchased during a marriage is typically considered marital property, which gets divided between spouses in divorce court.

Most states, including New York, use equitable distribution in divorce. That means a judge would attempt to divide assets fairly between the two of you. The court will consider a number of factors in dividing the home’s equity. The fact that you’ve made the mortgage payments would likely carry some weight.

We don’t have a crystal ball to predict whether you’ll be able to work out your marital problems. So I think you should prepare for the worst. Rebuilding your credit is essential because if you do stay in the home, you may need to refinance the mortgage in your name. Even if you do stay together, obviously you won’t regret boosting your credit score.

Unfortunately, those mortgage payments you’ve been making aren’t helping your credit since the loan isn’t in your name. If you don’t have any open credit accounts, try opening a secured credit card by putting down a deposit, which will become your line of credit. Focus on making on-time payments and avoid charging more than 10% of the limit. If you do have open accounts, try to pay off as much of the balance as possible, focusing on the credit card with the highest interest rate first.

A lot of people stick around in relationships that aren’t working because they can’t afford to leave. What I hope is that by working on your finances now, you won’t have to make decisions based on money. You can focus on your marriage and whether it’s worth saving.